Let’s skip the boring introduction. You weren’t going to read it anyway. Jump to the obligatory quote… 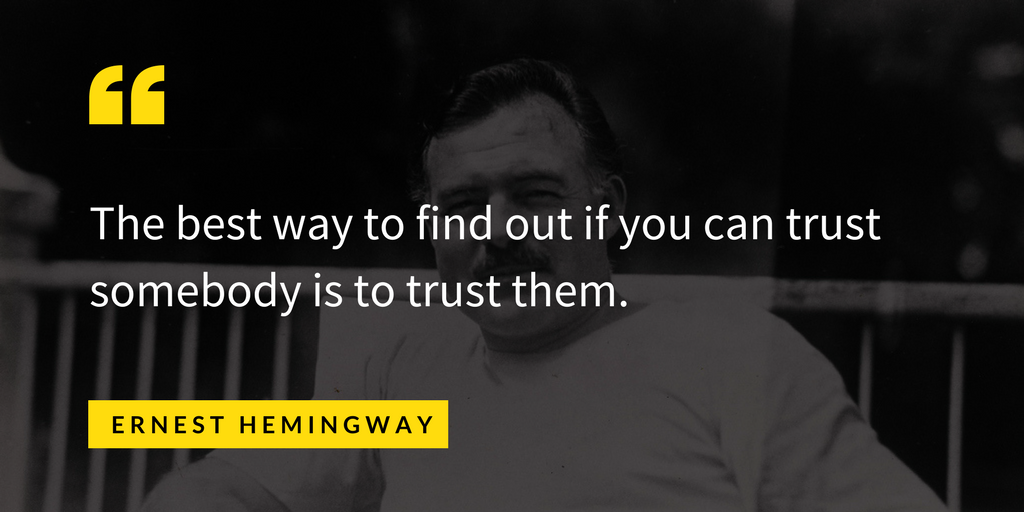 Humans are the worst. We’re moody, we burn popcorn in the microwave, and we can’t agree on where to set the thermostat. Even worse, we take forever to get to know and trust each other when we form a new team.

This won’t be a problem for long. According to most articles on LinkedIn, we’ll all be replaced by AI in a few weeks. But, just in case it takes a little longer for our shiny new robot masters to arrive, here’s an idea for helping your team get comfortable with each other quickly. Hire someone from the Applied Improvisation Network and set up a session.

After a few hours of improv training, your team will be more open, trusting, and comfortable with each other. Why? Because improv is dark magic, that’s why. Also because of self-perception theory. SPT (as all the cool kids call it) is simple, elegant, and sounds completely bonkers when you first hear about it. Ready? 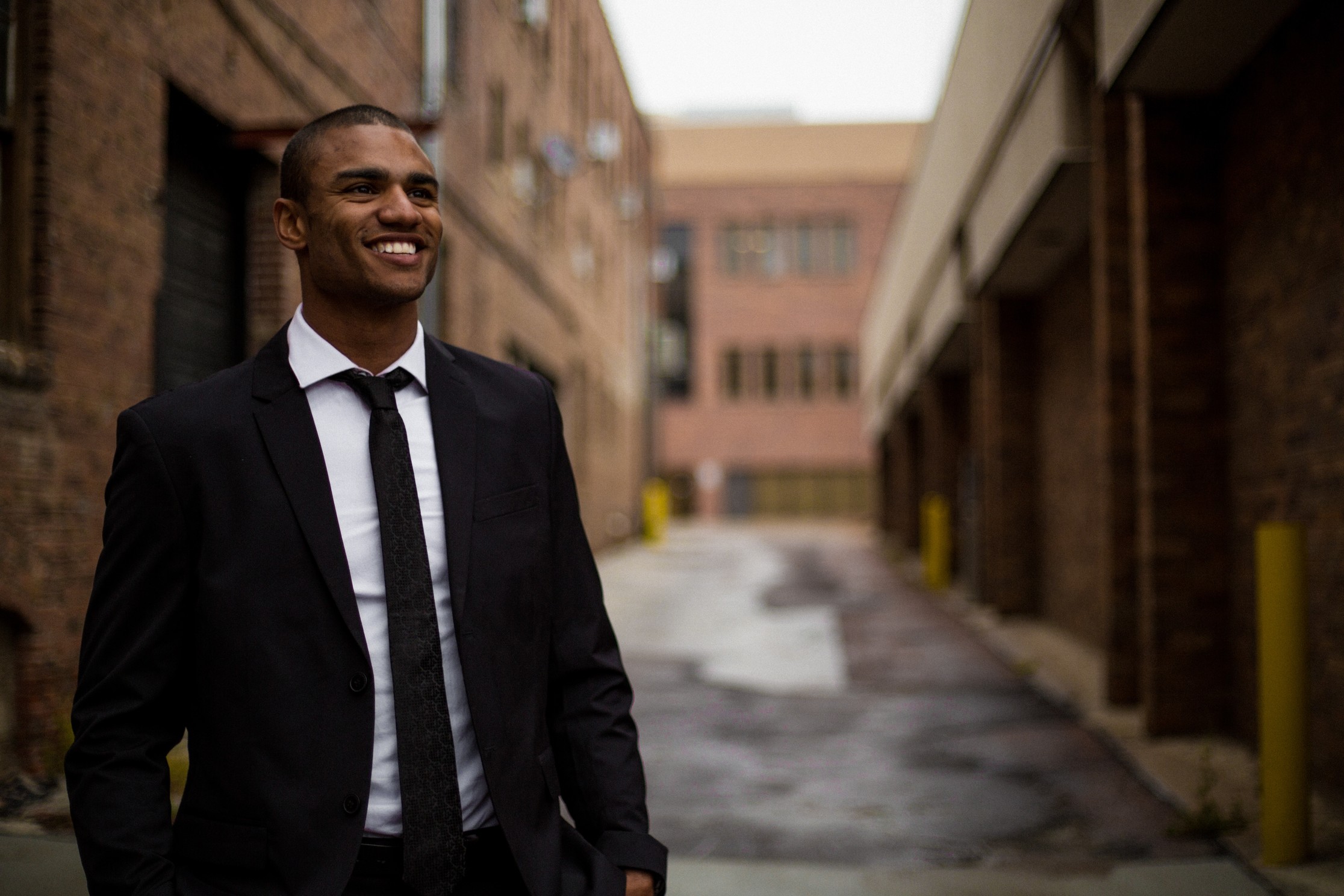 Suppose you go to a party and meet this handsome stock photo model. (Don’t ask why the party is being held in a dirty alley and you’re the only two people attending. Just don’t.) What’s your immediate perception of him? Would you say he’s (a) confident or (b) anxious?

He’s confident, right? He’s well-dressed, he’s smiling and relaxed, his posture is great. And you didn’t even have to think about any of that consciously. Your brain just observes his behavior and appearance and makes a snap inference: this is a confident dude.

I’m simplifying SPT here because we don’t have all day, but if you want to learn more about it, you know where to find Google. 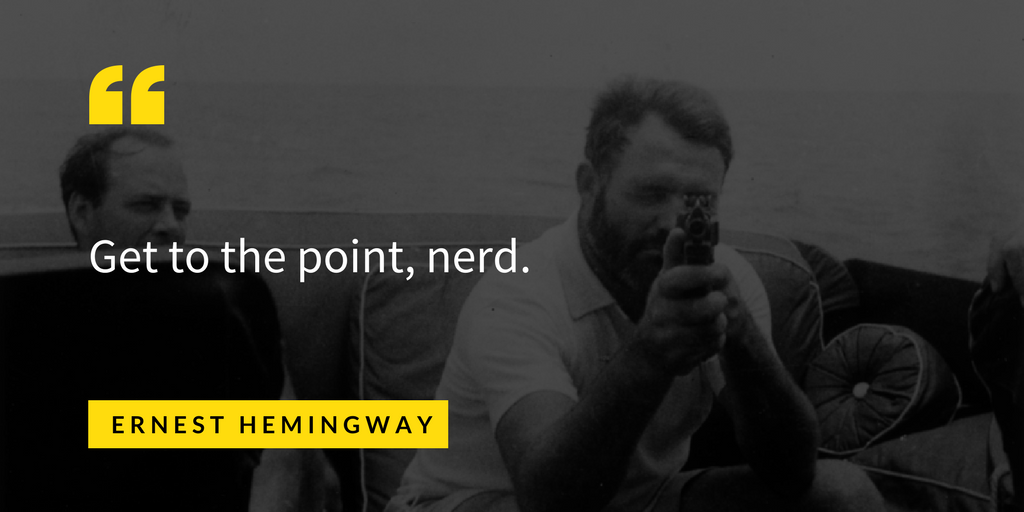 When a new group forms, people are usually anxious, awkward, and reserved. They’re not open with each other because they don’t yet trust the other people in the group.

Improv forces people to work together, trust each other, laugh with each other, try out new ideas, and fail. Here’s were SPT kicks in. The brain observes all this behavior and makes an inference: 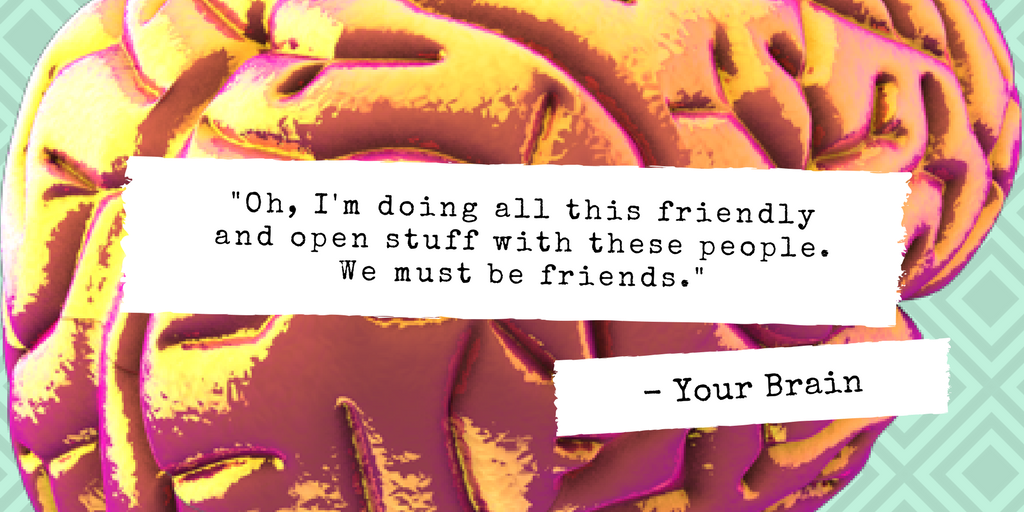 I’ve been facilitating training and leadership development programs for a few decades now, and I’ve never seen anything that can bond a group as quickly as improv. Nothing even comes close. 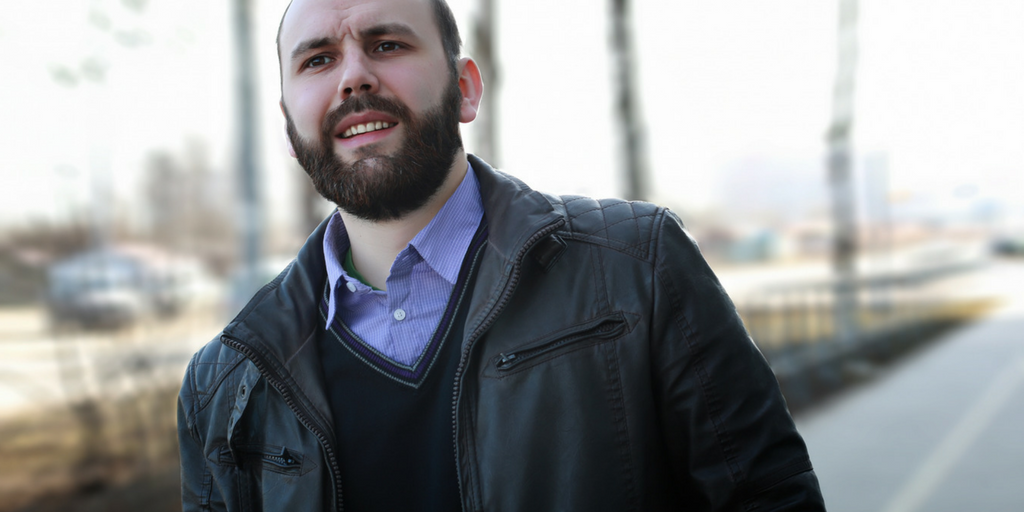 But what about people who hate this kind of stuff?

It doesn’t matter. It works for them, too. Unless someone flat-out refuses to participate, improv’s dark magic works whether they like it or not. 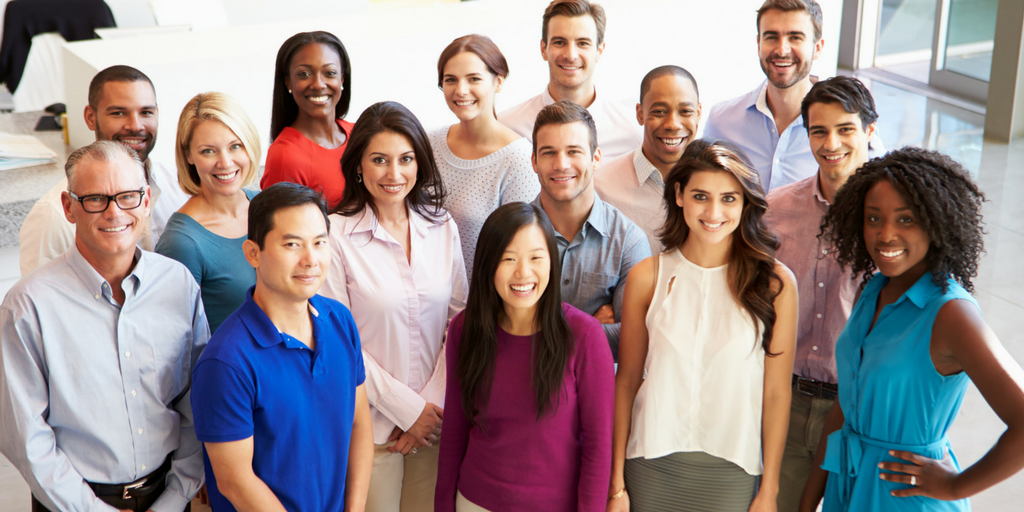 What about multi-cultural groups and those with language barriers?

I’ve used improv successfully with these kinds of groups. Because of the nature of the exercises, language barriers are less of an issue than for most other group activities. 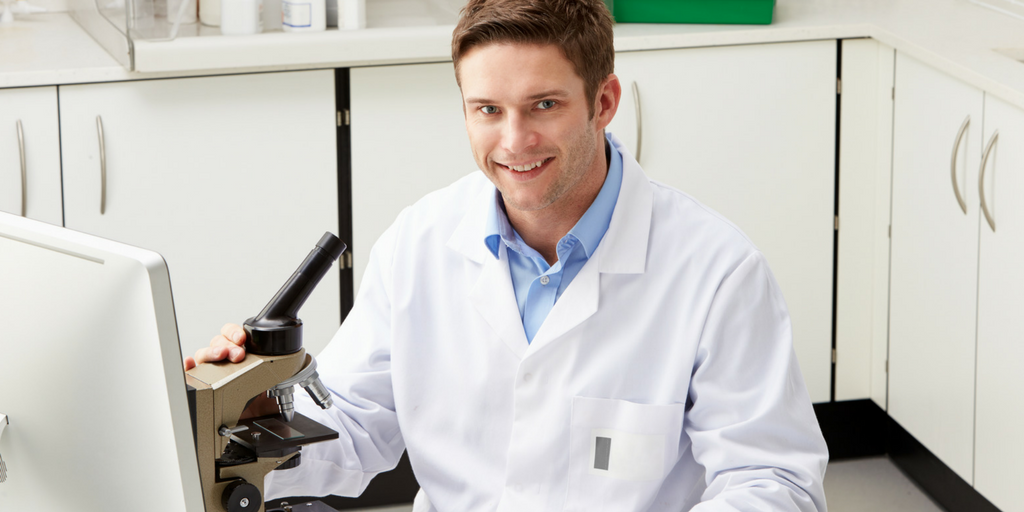 Is there any evidence to back up what you’re saying?

Not yet. There have been some studies on improv, but nothing specifically testing the SPT connection. This article is based entirely on my own experiences and wild conjectures…err hypotheses. Give it a try and let me know how it works for you.